I've been working so much, along with my DialogueWorks colleagues Bob House & Roger Sutcliffe, on Thinking Moves over the past couple of years and it's wonderful to see so many people and schools adopting this apporoach.  More training courses are being announced on the DialogueWorks website, along with P4C Plus and Whole School Values - Whole Person Virtues courses.  Contact me here or there for details!

A very different start to the new year

My best wishes go out to everyone who has started, or is about to start, their new school year.  I'm fortunate to have worked in schools around the world and all are concerned with getting students back to school but I know the reservations that come with that.

I've spent the majority of the school closure time running courses online and developing materials but I'm very happily having a return to training in front of teachers rather than in front of a screen, starting at the beginning of September.  That said, the new normal has highlighted the various benefits of online training so I'm continuing with that too (see the DialogueWorks website for details).

I'm very much looking forward to continuing my work with all the schools I've been fortunate to be involved with over the years.  Needless to say, don't hesitate to be in touch if you need any advice.

In the meantime, have a happy, safe and enjoyable reunion!

I’m a qualified primary teacher but spent the six years prior to becoming independent working with one of the most creative education teams in the country, made up of teachers, an educational psychologist and other professionals.  We were given nine schools, from a children’s centre to a secondary, along with the time and freedom to develop an incredible range of projects.

The rest is written in legend, but you can find out more by clicking here. (www.clifton-partnership.org.uk)

Since becoming independent I’ve travelled the length and breadth of the country and far beyond, leading INSET, presenting at conferences and working with teachers, parents, children, local authorities and a range of other organisations.  Check the testimonials opposite for some feedback from real people attending courses that actually happened.

I also seem to have wandered into working with some fabulous people from a variety of organisations.  I wrote resources for 8 years for SAPERE, the charity that has done so much to promote P4C in the UK (www.sapere.org.uk).  I’ve run many courses for SAPERE and have trained many award schools on their Going for Gold programme, a structured approach to embedding P4C.  I also edited one edition of their handbook to accompany their Level 1 courses.  You’ll also find me at their annual conferences, either presenting workshops or generally catching up with people! 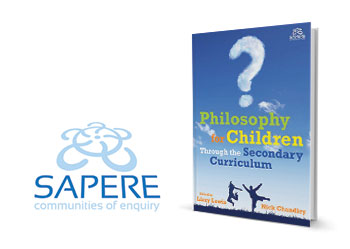 Along with Lizzy Lewis, I edited and contributed to ‘Philosophy for Children through the Secondary Curriculum’, a major piece of work that took up a major part of our lives and is available in all good bookshops and, inevitably, Amazon?(www.amazon.co.uk/product-reviews/1441196617/ref=dp_top_cm_cr_acr_txt?ie=UTF8&showViewpoints=1). There’s a review on there worth checking out, and it wasn’t written by me!

I was also project manager for SAPERE’s wonderful ‘askit’ collaboration with Open Futures (www.openfutures.com) but since December 2017, I've been having an incredibly busy time, in collaboration with Bob House and Roger Sutcliffe, at DialogueWorks (www.dialogueworks.co.uk).  Take a look at our website and you'll see why it's been so busy! 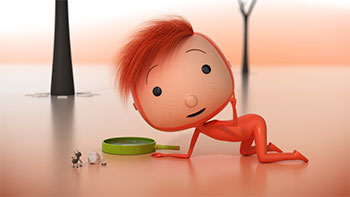 Keep your eyes out too for ‘What’s the Big Idea?’, a regular feature of CBeebies since 2013, having occupied me day and night for a good part of 2011/12.  It’s a ground-breaking animation series for 4-6 year-olds, taking a different philosophical concept each episode and exploring it much in the same way we might when facilitating enquiries in schools.  The characters are based on the fabulous books by French philosopher Oscar Brenifier and illustrator Jacques Despres. 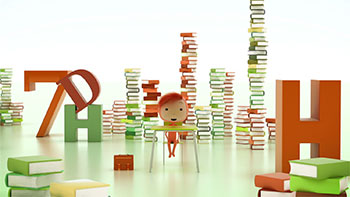 I was education consultant for the show and, although it took me some time to work out 52 different concepts (yes, there are 52 episodes!) that might interest the young audience, and set out briefs, structures and skeleton scripts for each episode, it was a fascinating experience and I’m thoroughly enjoying seeing the outcome prove so popular in homes and schools.  Planet Nemo Animation, the creators, have sold the show all over the world (over 100 countries, the last time I checked!) and it was interesting to see how different cultures perceive some things differently and also how tiny nuances in the dialogue can make a big difference to the overall impact.  One episode, Art, was nominated for a children's BAFTA. 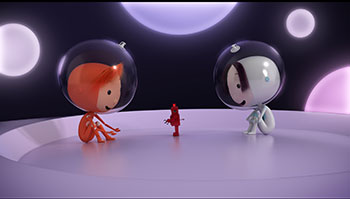 I've also since been heavily involved with BBC2's documentaryThe World According to Kids and CBeebies' Feeling Better, a show that helps young children with a whole range of emotions.

And finally – when not training in schools, running workshops, presenting at conferences, writing, travelling and being generally involved in the always wonderful, sometimes weird and occasionally wacky world of Philosophy for Children, I try to spend at least a little time at home, surrounded by a diverse collection of animals and looking at all the jobs I never got round to.

This is all stuff actual real people said after being on one of my courses:

Thoroughly enjoyed the course! So impressed with Nick –the course was so well planned and delivered.

Very nurturing and expert approach combined with a real passion has enthused all the staff.

Exemplary – brought out the best in everyone with a lovely manner.

Very high level of expertise leading to high levels of confidence for participants.